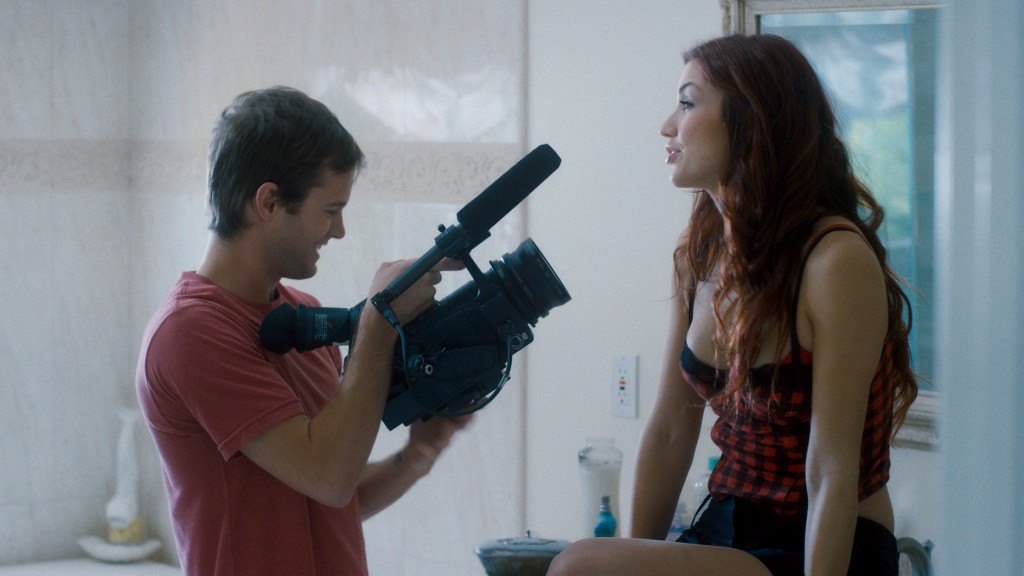 “I’ve been looking for the right project to produce for a long time”, said producer Max Davids. “When Ric and Anthony approached me with this spoof comedy, I immediately saw the potential for a great highly marketable film.” Over the years paranormal films have generated over a billion fans worldwide. Reaching only ten percent of this audience would make this film very profitable.

The plot outline is a well balanced mix of parodies including Paranormal Activity franchise movies as well major blockbusters. But this is not your typical spoof. The film was produced independently on low budget unlike many over the top spoofs. The film focuses on the couple dealing with relationship issues while trying to figure out their paranormal issues. It is the first spoof where the audience is constantly entertained with clever jokes but then suddenly frightened just like in a scary horror film.

“There was no reason to cast well known actors for this spoof since there were no famous actors in any of the Paranormal Activity films”, said producer Anthony Topman who was in charge of casting. The production had to overcome the obstacle of casting the non-union actors. After auditioning over 500 actors the team was able to cast the leading couple, Patrick Riley and Sasha Formoso. Both stars delivered non-stop scripted comedy with a hint of personal improv.

The entire production team had a blast creating this project. “Our main goal has always been to produce the first high quality feature film”, explains producer, Max Davids. “We had to rely on creative talented team to do that. We extend our gratitude to everyone involved with our film!”

Thousands of fans are anticipating the release that will be scheduled sometime in 2013.