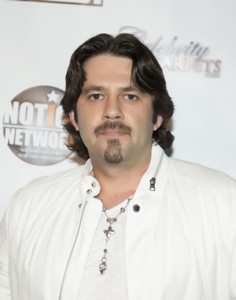 Max Davids is a producer, executive producer, founder and CEO of Hollywood Productions. Max is focused on providing the strategy and vision that enabled HPL to become a full service production company. Now, the company has several projects in various stages of development and production.

A well-respected Internet media and entertainment executive, Max spent 10 years managing LA Management and its sister company an Internet media agency.  He is most noted for his role as founder and chief executive officer where he built the company into one of the most creative media and entertainment enterprises. His media network reaches millions of worldwide consumers through its vast stable of Internet properties. Max is credited with building the company from a single web site with no visitors to a network of multiple diverse online businesses, which serve over twenty million page views monthly. Max has successfully demonstrated how to run a company on a small budget using the Internet as its number one marketing tool. His company has delivered successful marketing campaigns for clients in various industries and especially in the entertainment industry. These names include Planet Hollywood Casino, Ritz Carlton, W Hotel, and powerhouses such as HBO (Entourage/Unscripted), Fox (American Idol Season I), MTV, Warner Bros, Universal Studios and many others. Max participated in packaging and funding entertainment projects and has established many valuable industry connections with talent, producers, directors, media executives and investors.

Max is the leading producer and executive producer on the HPL’s latest feature film “Paranormal Whacktivity”, which he developed and produced with his partners Anthony Topman, Ric Young and academy award winning producer, Harvey Lowry. Max is the creator and director/producer of the upcoming TV documentary series “Dream Surgery” and “Millionaire Next Door” both in production.  Currently, Max is being attached as a producer to other TV projects and feature films involving top talent (i.e. Liar’s Dice, My Uncle, Pain Or Death, Complicity,The Kentucky Fried Horror Show, Murphy’s Creek). 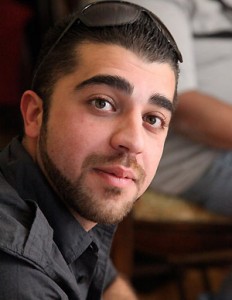 Anthony Topman is a producer, talent manager and casting director, and a partner in Hollywood Productions. Anthony is responsible for packaging HPL’s slate of films and television projects with great talent.

Before joining HPL Anthony was a co-founding partner in LA Management. His outstanding work in managing talent led to client’s jobs in films like Michael Bay ‘ s “Transformers”, Ridley Scott’s “American Gangster” and many others. Anthony has over 8 years experience in casting talent. His casting director credits include TV series most recently A&E docudrama on the legendary “Jackson Family Dynasty”, USATV’s ongoing series “The Immigrants”, music videos for major recording artists such as Taio Cruz, Kesha’s  and Basshunter.

As a manager/producer, he and his partner, Max Davids have been responsible for packaging a number of television shows and films. His goal is to produce high quality films first and foremost packaged with their clients. Anthony created, developed and packaged one of their most recently produced comedies “Paranormal Whacktivity” with in-house writers, actors, producers and director. His formula is simple if you want to develop a great project start by selecting or writing a great screenplay, then add award winning producer, director and quality talent.  And of course select a film which is highly marketable to wide audiences in domestic and international film markets.

Ric Young has spent his career as a full time actor. He has appeared in many major films like Transporter, Kiss of Dragon, American Gangster and harbored a secret ambition to get behind the camera as a filmmaker, producer and director.

His was first recognized for co-writing and producing a short script entitled “Oy Vey” about a Chinese Rabbi who comes to small town in America. The story was inspired by the true history of the Kaifeng Jews. The film won First Place Award at the Fort Lee’s 2007 Asian- American film festival.

Ric has written several treatments which are in various stages of development. He came up with an idea to create HPL’s most recent comedy spoof film “Paranormal Whacktivity” and became a producer/ executive producer for the project. Ric wanted to shoot this film on a very small budget film but soon the project turned into a multi-million dollar production. Ric is very grateful for the opportunity to join this team of filmmakers. Ric’s goal is to invest and produce a slate of high quality feature films using smaller budgets so the investors can earn their ROI quickly and re-invest into new films.