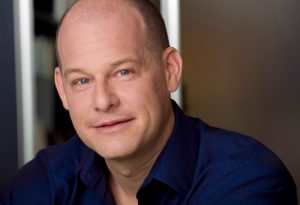 Born in Toledo, Ohio, Chris studied physics and theater at the University of Michigan and was a member of the school’s esteemed Comedy Company sketch comedy troupe.  He then went on to study playwriting, film (and, once again, physics) at UCSD.  Theatrically, Chris has performed in several plays, including an original production at the Old Globe Theater and in Aristophanes’ “The Birds” in Athens, Greece.   Chris has also performed with several sketch comedy and improvisational troupes, including the L.A. Connection, and has appeared on television with the USO.

Chris spent several years as a stand-up comic, performing at various Los Angeles venues, including The Improv, The Comedy Store, and the Laugh Factory.    He once performed at the Naval Base in Coronado, CA where marines and sailors actually threw things at him.

Chris’ film work includes a lead role in “The Wedding Video” (Runaway Productions), which he also wrote and co-produced, and the features “Detained in the Desert”, “Paranormal Whacktivity”, “Tim Alexander’s ‘A Mother’s Love’”, “The Halloween Party”, “Weeding Out”, “The Scarf” and ­“The Last Act”.  He has appeared on “CSI: Crime Scene Investigation” (CBS), “Instant Mom” (Nickelodeon), National Geographic’s “Party Like the Rich and Famous”, “1000 Ways to Die” (SpikeTV), “Your Kid Ate What?” (TLC) and recently shot a comedy pilot called “Great American Comedy Tour”.  He has also appeared in several short films and webseries, including “Bruce Goes Hollywood”, “It Casting”, “Best Laid Plans” (on Hulu TV) and “RandomCreepyGuy.com”.

As a writer, Chris has been hired to write or re-write several features (including “Paranormal Whacktivity”) and a sit-com pilot.  In addition to “The Wedding Video”, Chris has written several original feature scripts and sitcom pilots.  His script “Can’t Live With ‘Em” won the 2006 Scriptapalooza Screenwriting Award and “Best Comedy” at the 2006 Creative Screenwriting Expo and is currently in pre-production.

Chris likes to refer to himself in the third person. 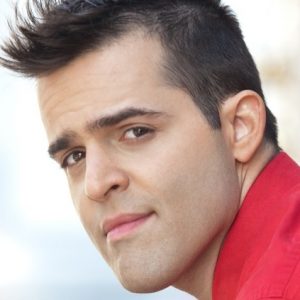 Geoff Plitt is a standup comic and filmmaker. A graduate of Carnegie Mellon University, he trained and performed in Chicago with the acclaimed Second City, ImprovOlympic, and ComedySportz theaters, and now performs regularly at the Comedy Store, the Ice House Annex, and his own weekly show “Peachy Keen” every Friday night at Bar Lubitsch in West Hollywood.

You can find him on Comedy Central, Hulu, several national commercials, and a Disney Channel clip acting opposite Jay Leno (as his nephew). As a screenwriter, his first feature Paranormal Whacktivity was shot on a $3m budget, and he has screenplays in development with the producer of the upcoming World of Warcraft movie, as well as with Richard Donner’s company.  His viral videos “Two Girls One Cop” (produced by Comedy Central) and music video “Why Weed Is Better Than Sex” (L.A. Comedy Festival), have garnered millions of views and aired on TV.